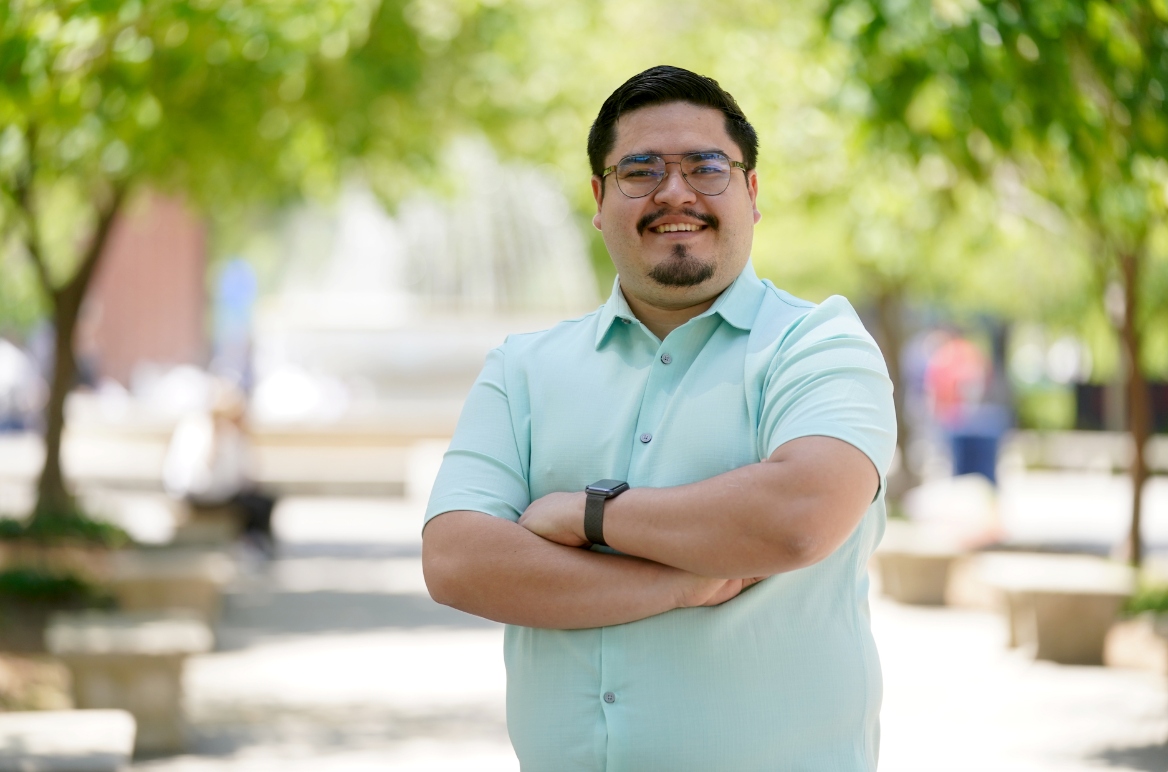 Jesus Gutierrez Plascencia’s parents decided to move from Guadalajara, Mexico to the Central Valley in 2013 so their children would have better educational opportunities. It had been eight years since the California native had returned to the United States.

When Plascencia and his family presented their documents to an officer to cross the border, he heard his mother speak with a cracked voice. Although he was out of practice speaking English, Plascencia stepped in and responded to the officer's inquiries.

Plascencia said he respectfully stood his ground and used every piece of vocabulary he knew to make himself understood. After about 20 minutes of questioning from the officer, Plascencia and his family were allowed to enter.

“I cherish this moment as the most prominent example of the importance of showing resilience upon any challenge,” Plascencia said.

Returning to California to pursue education

Plascencia was a junior in high school when he moved back to California, and was instantly challenged with re-learning English and accepting that he and his family would be staying in the Valley. At school, he struggled in his math classes and constantly stayed after class for support. This sparked his interest in engineering.

When Plascencia began attending Fresno State in 2015, he knew he wanted to pursue a career in engineering but wasn’t quite sure which direction to go in.

“Choosing between all the engineering options was hard but I started to like mechanical more, especially because I liked that idea that it encompassed almost everything so having that variety is what made me stick with it in the end,” Plascencia said.

In 2020, Plascencia decided to go to graduate school and received the CSU Louis Stokes Alliance for Minority Participation Bridge to Doctorate Fellowship. The fellowship offers support and guidance for underrepresented graduate students while applying for a doctoral program.

“Jesus is a very motivated and driven student who would work days and nights to get things done, so I introduced him to the fellowship because I thought he was a great candidate,” said Dr. Sankha Banarjee of the Mechanical Engineering Department.

Plascencia said the fellowship has helped him focus on his research on micro/nanoscale heat and mass transfer alongside Dr. Zhi Liang of the Mechanical Engineering Department while completing his degree on time. Plascencia’s work concentrated on studying interfacial thermal resistance, also called Kapitza resistance, on liquid-gas interfaces and its effect on nanodroplet evaporation rates.

Plascencia has published work in journals such as the International Journal of Heat and Mass Transfer and the Journal of Chemical Physics. In 2021, he presented at the International Mechanical Engineering Conference and Exposition. He also received the Outstanding Graduate Oral Presentation award at the 42nd Annual Central California Research Symposium.

“Noticing he was one of the best students in my class, I invited him to join my research group, where he continued to work hard and excel,” Liang said . “He is never afraid of challenges and is very productive in research, going on to publish several prestigious journal papers and present his research results in international conferences.”

Beginning in the fall, Plascencia will pursue a doctoral degree in mechanical engineering with an emphasis in heat and mass transfer at University of California, Davis, with the intent of entering the industry and applying the use of research to the development and advancement of energy efficient nanoscale systems.

“I feel proud that I have something to deliver to my parents, especially since they sacrificed their lives in Mexico for us,” Plascencia said. “Of course everyone wants to be close to their families, but they [sought] a better life for us and, having all these accomplishments, I feel I’ve been able to live up to what they wanted for us.”