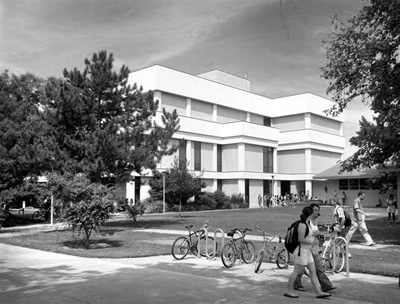 Engineering education first began at Fresno State in 1922, when Professor Herbert Wheaton was hired to begin instruction in civil engineering. The program started with 35 students and a smattering of equipment. Wheaton was named the head of the new Department of Engineering in 1946. By 1957, when Wheaton became Dean of Arts and Sciences, the program had grown ten fold.

The 1990’s saw the completion of a new 52,217 square foot building representing a major milestone of accomplishment for the College of Engineering. The College presently has over 100,000 square feet of class rooms, teaching and research laboratories.

In 2008, the College of Engineering at California State University, Fresno took a major step forward in educating more students in the Central Valley for careers in engineering and construction management thanks to a major financial commitment from William Lyles, President and CEO of Lyles Diversified Inc.

“The Central Valley has been a great place for our family,” said William Lyles. “We’ve watched the region grow and change through the years and we believe it is essential that the Valley transform its economy in the coming years. A critical part of that transformation will be more well-educated engineers to support this growth. It is our hope that this gift will encourage and inspire others to help in this important effort.”

The Lyles family members are longtime supporters of Fresno State, and have assisted numerous projects at the university.

William Lyles is a third generation engineer. His companies have been involved in construction, real estate and development, underground pipeline and utility construction, heavy concrete and mechanical construction.