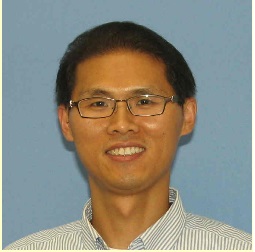 Dr. Na received the B.S. and M.S. degrees in electrical engineering from Kwangwoon University, Seoul, S.Korea, in 1995 and 1997, respectively, and earned the Ph.D. degree in electrical engineering from the University of Texas at Arlington in May, 2008. From 2008 to 2009, he was with Caterpillar Inc, Peoria, IL and participated in several hybrid electric drives programs as a Senior Engineer. From 2009 to 2010, he was a Post-doctoral Researcher with the University of Michigan–Dearborn. He was Assistant Professor with the Department of Electrical and Computer Engineering, Bradley University, Peoria, IL between Aug. 2010 and July 2013. Currently he is Associate Professor in the Department of Electrical and Computer Engineering, California State University, Fresno since Aug. 2013.  His research interests include power electronics, power systems, electric drives, and digital signal process (DSP)based control designs for hybrid electric vehicle and renewable/ alternative energy applications.